While move-ins this year have been much lower than in 2019, census had managed to remain above last year’s averages until now. The gap has continued to narrow, resulting in a 0% net census change for August 2020 vs 2019. Over the last few months, marketing outreach has increased significantly over the same time-period as last year, so despite the pandemic, inquiry volume for August 2020 shows a less than 10% decline over 2019. The number of days for a tour to convert to a move-in did increase significantly in August, so increased lead follow-up and strategies to convert leads more quickly will be important to avoid further census declines. 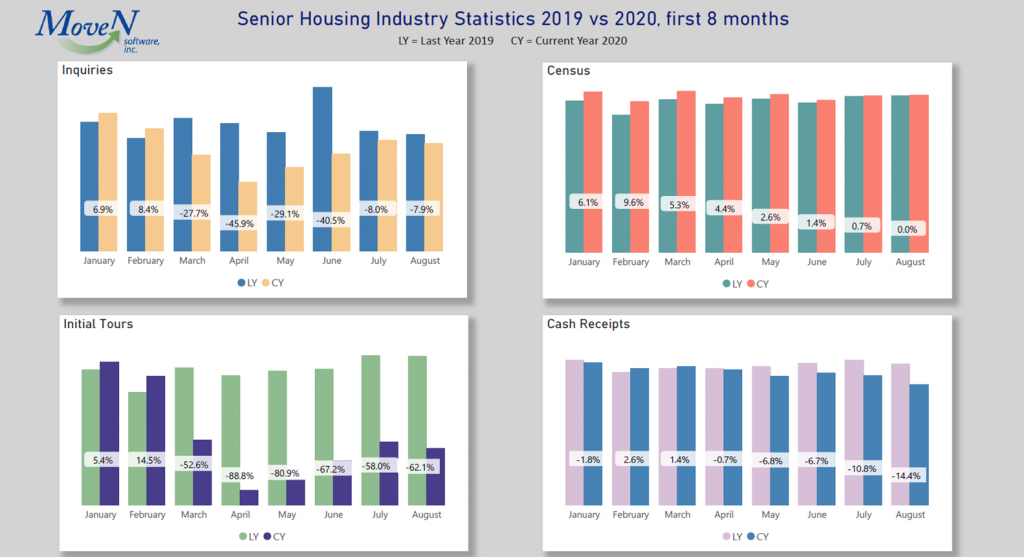 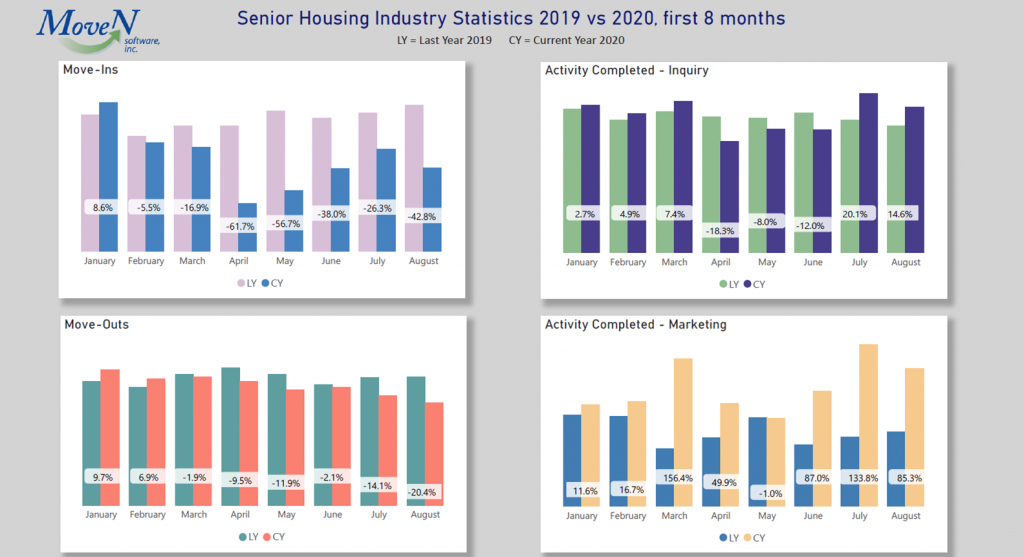 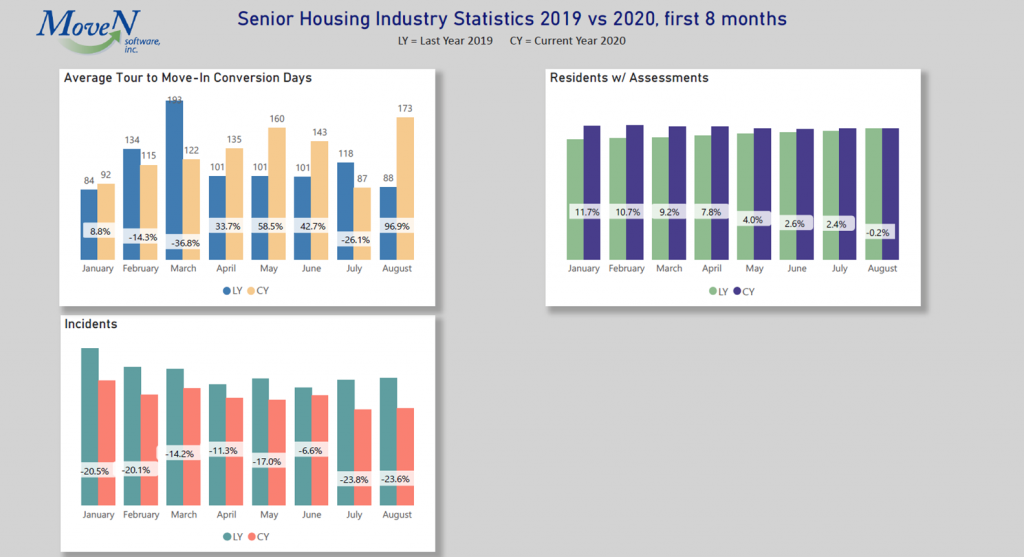 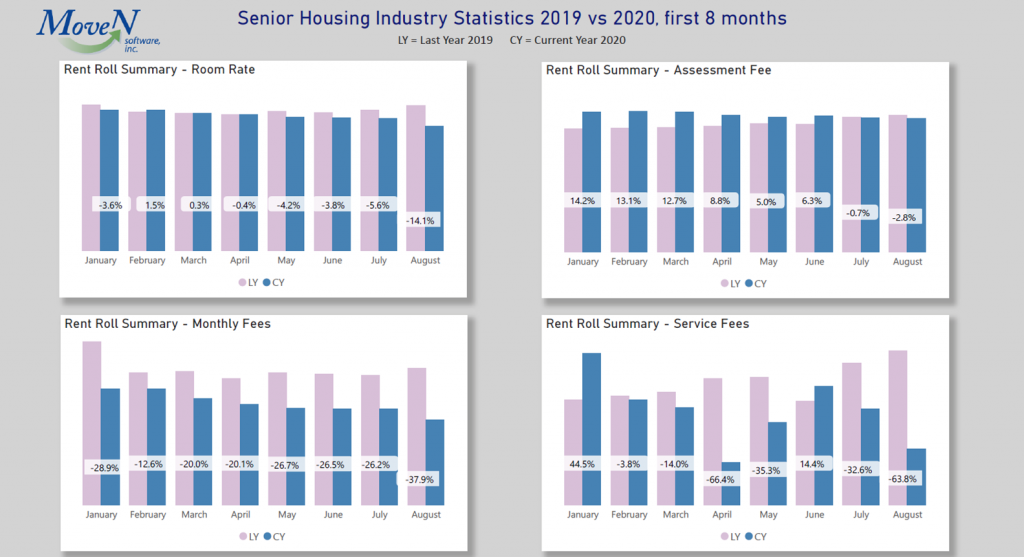