Since our last update in May there has been little to no change in most of the key indicators. This is positive in terms of no significant negative changes in most areas, but there were also no major gains to report. June inquiries and tours were essentially unchanged from May, and when compared to June 2021, there was only a 2% increase in leads, and tour volume declined by almost 5%. The number of days to convert a lead to a move-in after touring increased in June by almost a week from the May average. Census was 8% higher than the same time last year but declined slightly from May totals. Move-outs were lower in June than in May but were 4% higher than in June 2021. Move-in activity for June was consistent with the previous month but was over 6% lower than same time last year. Cash receipts were almost 14% higher than in June 2021, remaining at a consistent level throughout 2022. Residents with assessments and related assessment fees, as well as room revenues, have also shown only slight variances from January through June. Monthly fee revenues declined in June for the first time in 2022 but were still more than 60% higher than in June of last year. Ancillary service fee revenue reported a significant drop in June compared to May revenues, and for the first time in 2022 also showed negative growth when compared to the same period in 2021. 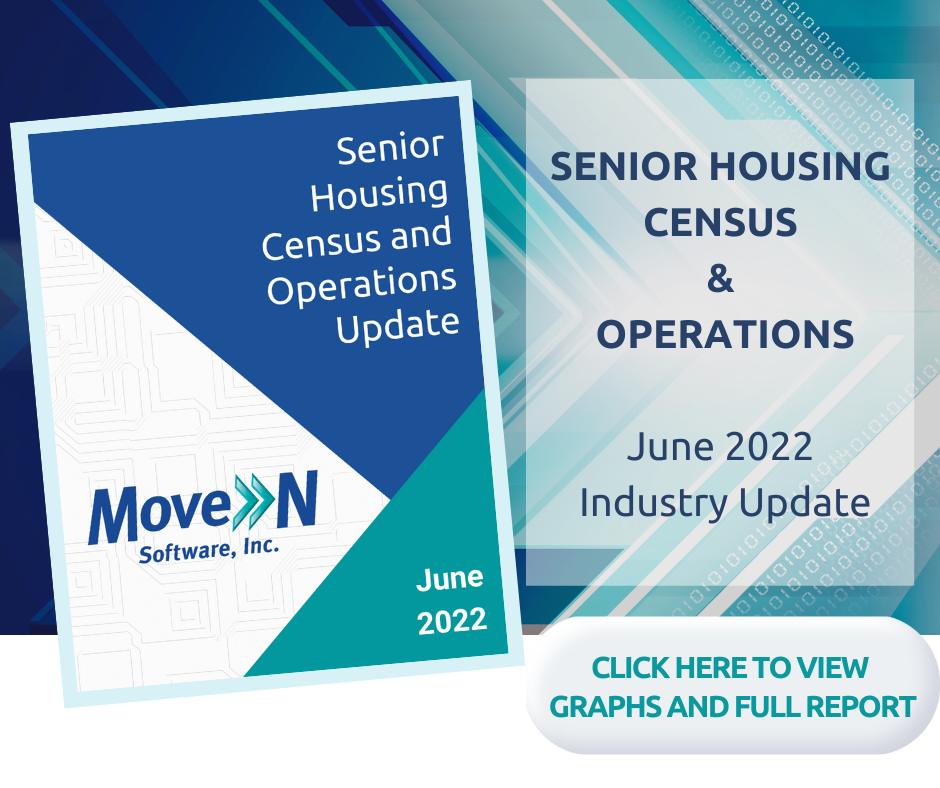