Census this March continued its downward trend, dropping almost 5% from the same time in 2020. The downturn was also reflected in room revenues, with a decline of 17% and reduction in cash receipts of over 19%. Care fee revenue was up slightly, while other ancillary revenues have continued to decline. The good news is that lead volume is recovering, up over 30% from March of last year. Tours also increased, up by almost 85%, and the days to convert leads once they have toured dropped again, by almost 24%. Move-ins in March improved by over 21% and move-outs were down by 22% compared to the same time last year.  Outreach also showed an increase, which for those using Move-N’s Marketing Automation, can continue to be increased and easily sustained, without adding FTE’s. 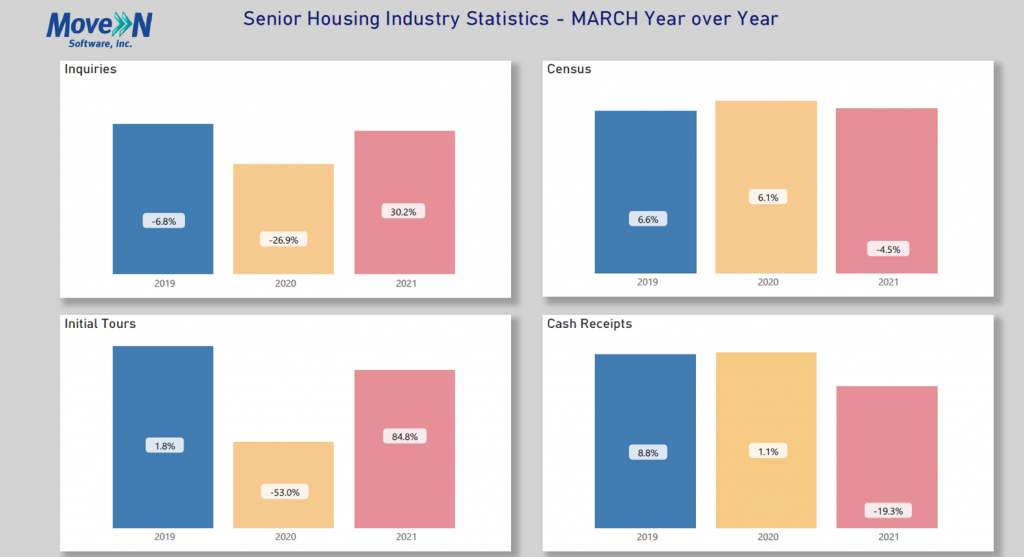 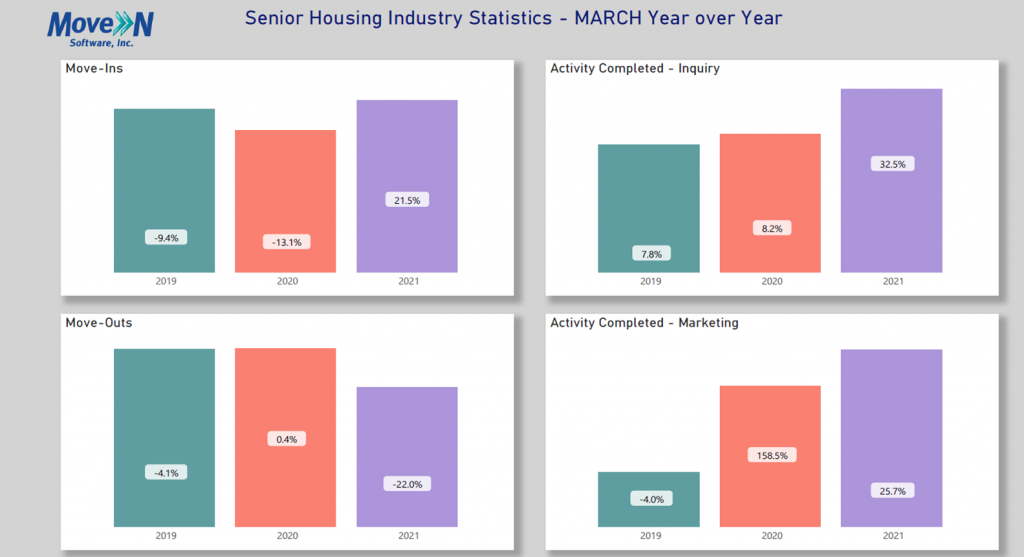 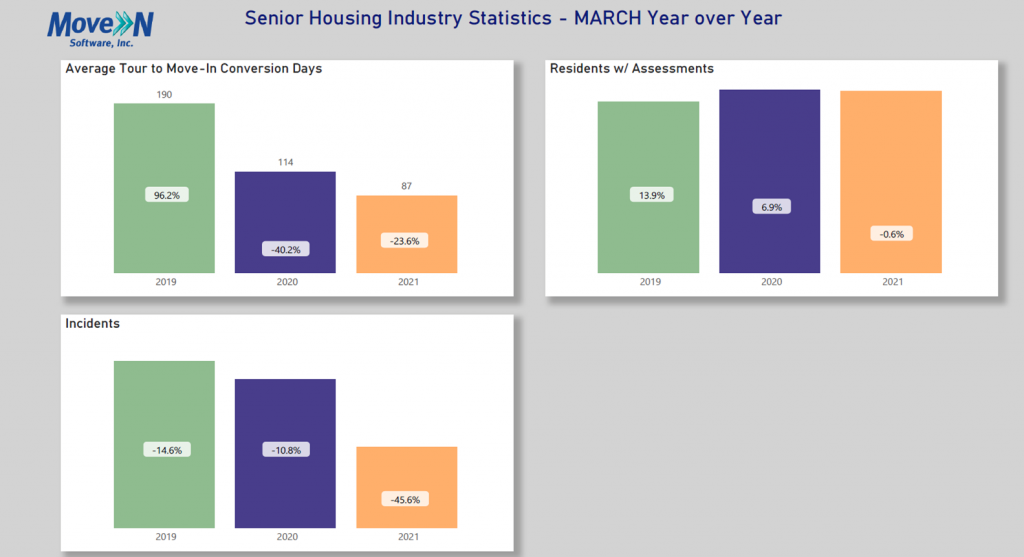 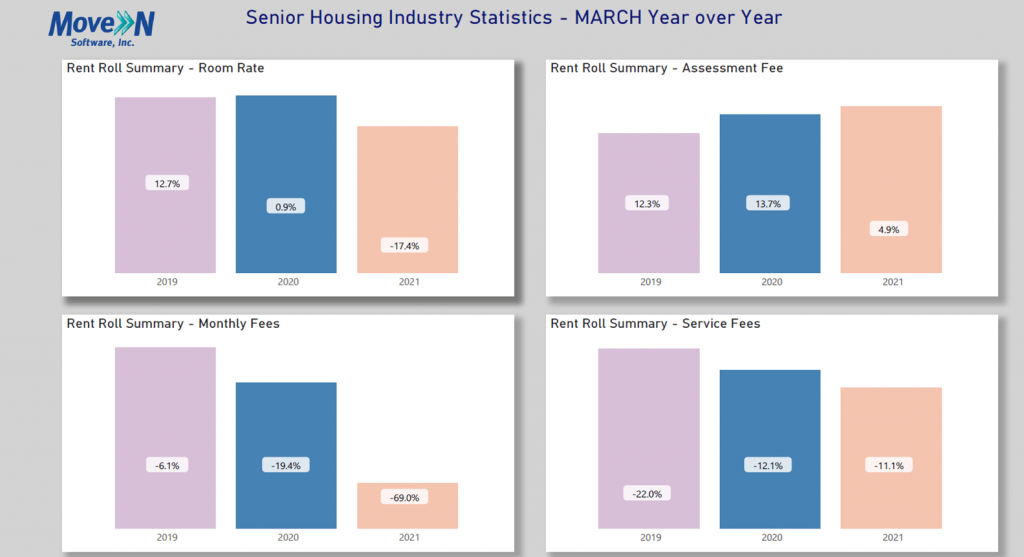