After two years of COVID-19 controlling so much of our lives, Senior Housing providers are beginning to see some of the biggest improvements since the pandemic began. Here is the latest update on census and revenues that reveal how communities are performing as of March 2022.

Inquiries last month showed the largest gains in the last 6 months, up almost 5.5% over March 2021 traffic totals. Initial tour activity also bounced back, recovering from the decline that began in November, matching October 2021 totals and outpacing March 2021 tours by over 17%. Communities were converting tours to move-ins almost 2 weeks faster in March than in February, and a week faster than the same time last year. March move-ins showed the largest gain in five months, matching November activity. This contributed to the census rebound in March, an almost 10% gain over March 2021, reversing the February census decline despite March move-outs showing the first year-over-year increase in move-outs in the last six months. Cash receipts have remained relatively stable, although being slightly lower in March than in recent months. This same trend is also reflected in room revenues, while assessment/care fee revenues have remained consistent over the last 4 months, with a 42% increase when compared to March 2021. Other recurring monthly fees showed the largest increase in the last 6 months and reflected positive year-over-year gains for the first time since 2019. 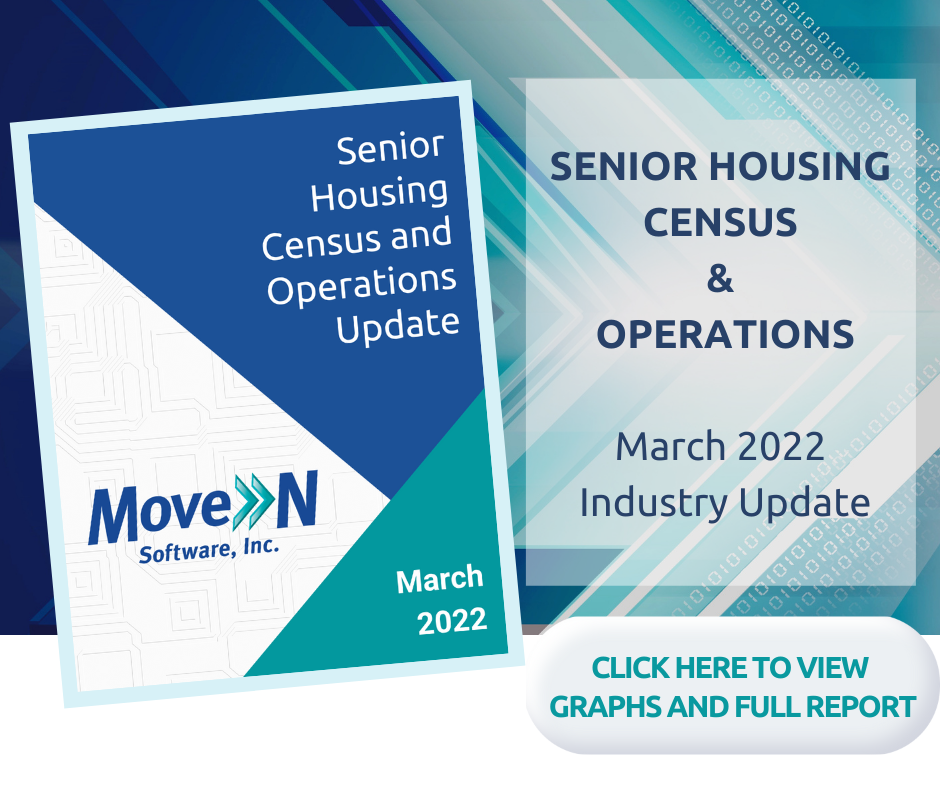