As is typical for this time of year November leads showed a decline from October totals but were still over 20% higher than the same time last year. Tours were down both month over month and year over year, but were less than 2% below November 2021 totals. There was a slight drop in census from October, but over 6.5% improvement in census from November 2021. Move-outs were near October totals and improved from November 2021 but move-ins were the lowest in the last 4 months and 6% below same time last year. Days to convert a tour to a move-in jumped from 65 days in October to 87 days in November, almost reaching the 2022 high of 92 days reported in June, and resulting in a 25+% increase from November 2021. Resident care needs and care fees as well as room revenues have remained consistent, which has generated steady cash flow throughout 2022 and gains of 16% above same time last year. Other monthly revenues were off slightly in November, but the November year over year totals were still up by over 8%. Ancillary service fees improved by almost 53% from 2021. Outreach to referral sources had another good month with the second highest activity this year and a whopping 250% increase when compared to last November, but inquiry activities were down both from October and year over year by almost 4%. 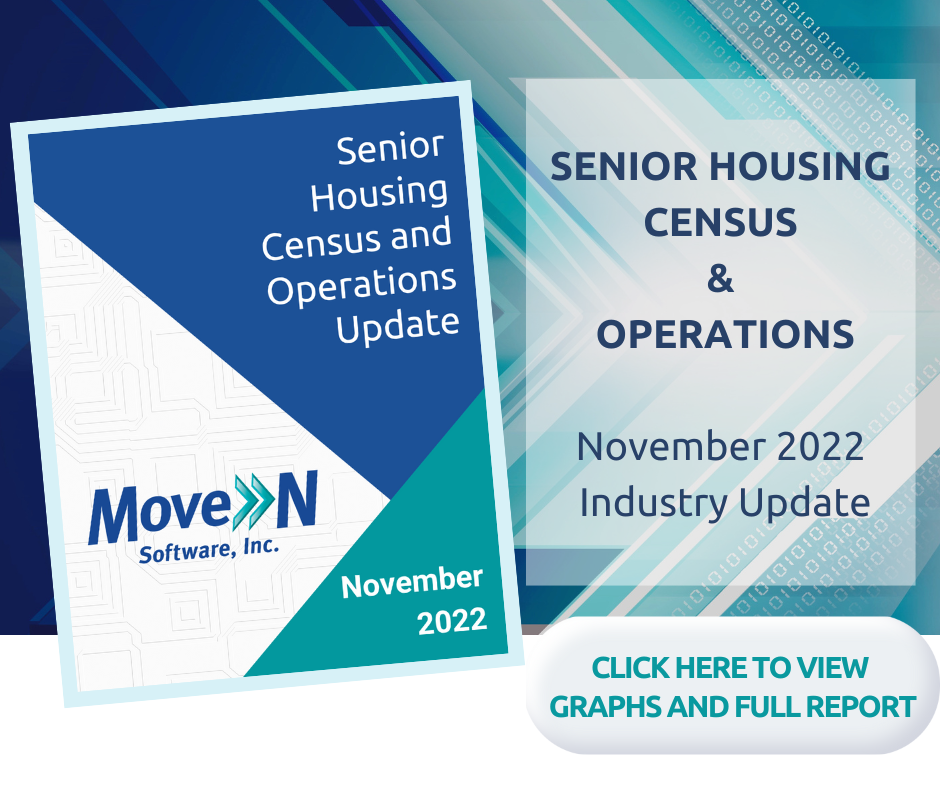