Despite the increase in COVID cases due to the spreading of the Delta variant, the Senior Housing industry still managed to show improvements in October.  Lead volume was down only slightly from the peak months of June, July, and August. Current year Tour activity showed similar trends, and a significant gain over tour activity for the same time last year. The average number of days from tour to move-in was essentially flat when compared to October 2020, but was almost 20 days shorter than in September of this year. Census continued to creep upward despite the recent surge in Covid cases. Move-ins remained relatively even for the year, but October reported the lowest number of move-outs in the last six months. Cash receipts have remained virtually unchanged throughout 2021, as have room rates and assessment fees. Other recurring monthly revenue is slowing creeping back up but is not yet near what it was at the beginning of the pandemic, while ancillary charges appear to have fully rebounded. As census increases and staff become occupied with other tasks, providers may want to take note of the drop in outreach activity with both leads and referral sources and consider how this could impact future census. 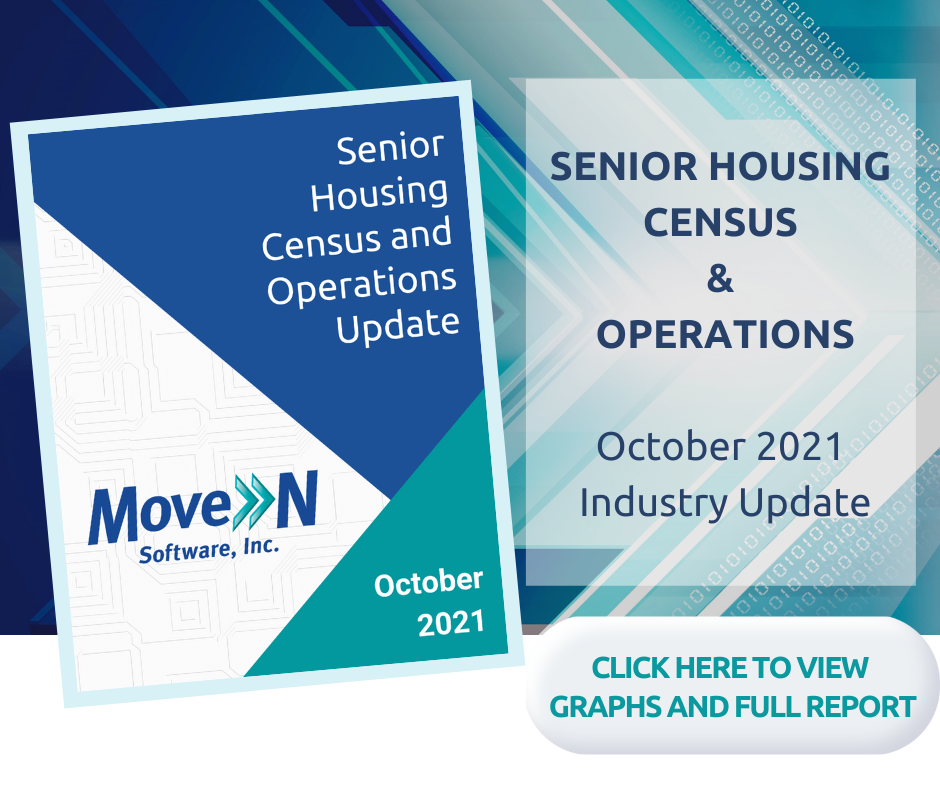