The upticks experienced in March unfortunately did not continue into April, but there were still a few positives to be found. While leads and tours dropped off from their 6-month highs in March, the average number of days to convert leads from a tour to a move-in held steady at just over 2 months, which is almost a month quicker than in April of 2021. Census is remaining stable and is almost 10% above the same time last year but move-ins are over 5% lower than April last year, and slightly below March 2022 totals. Increased inquiry and referral source outreach activity would seem a logical strategy to boost future sales pipelines and keep future census on track, but that has been slow to change in 2022. In the meantime, there has been little change in cash receipts over the last 6 months. They continued to exceed 2021 totals with a 9.1% increase compared to April of last year. Revenues from room sales, assessment sales, other recurring monthly charges, and ancillary charges are relatively steady in 2022. Monthly fees had the largest year over year gain with an almost 112% increase from April of 2021. 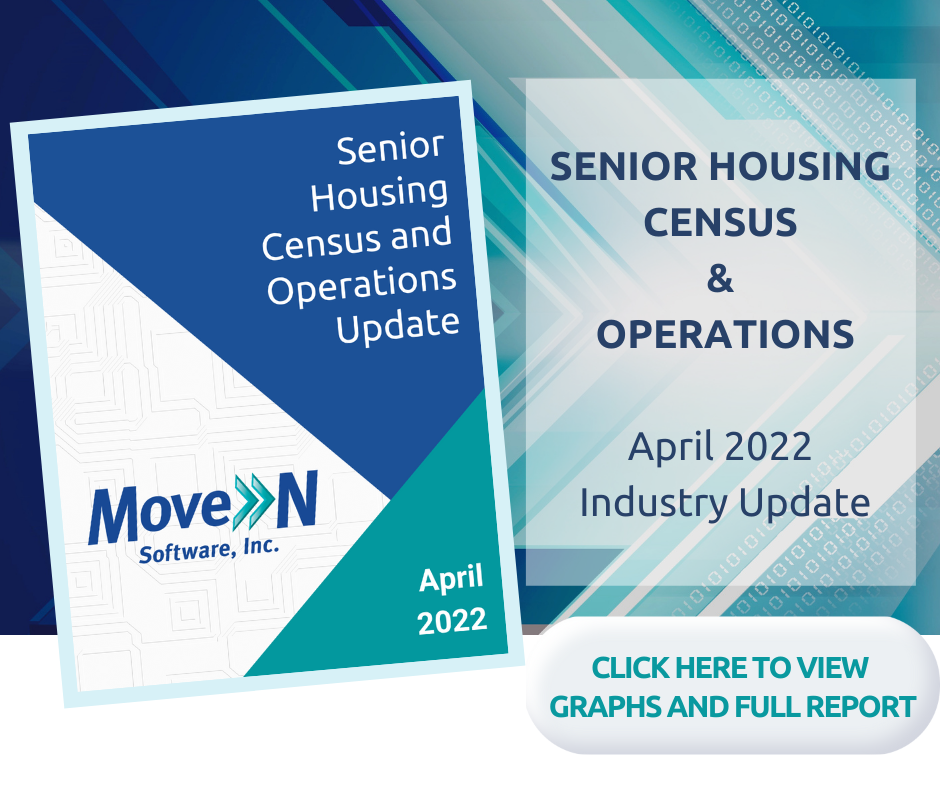